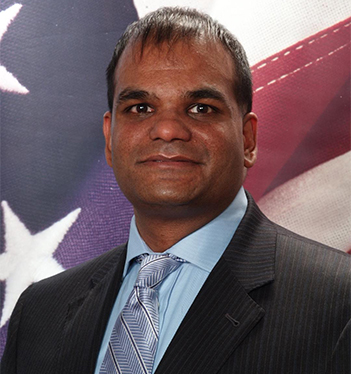 Daniel F. Zubairi founded SydanTech in 2000 with the determination to provide expert information assurance and cyber security technologies to the US Government and Corporations. Since 2000, Mr. Zubairi has lead SydanTech from a single-person cyber security firm to an Inc 100 (R)  multimillion dollar company serving multiple government agencies in a variety of security, technology, and management functions.

The very first contract SydanTech performed on began in October 2001, immediately in the aftermath of 9/11, to build an manage the Department-wide Computer Incident Response Team and Cyber Security Operations for the US Department of Commerce and 12-bureaus.. Mr. Zubairi initially served as the Program Manager and SME for this initiative. Since then, Mr. Zubairi has driven the growth of SydanTech into a variety of technology service offering across the US Government; in both civil and defense-related domains.

During his tenure, Mr. Zubairi has served as an advisor to Governors, Cabinet Level Appointees, Members of Congress, Department and Agency Chief Information Officers, and numerous commercial and government executives. He has held a CISSP since 2002 and a PMP since 2006. He holds a Bachelors of Science from the University of Maryland Baltimore County (UMBC). In his spare time, he is an avid swimmer and for many years, has served as a volunteer lifesaving instructor for Montgomery County, MD.

A few of our clients: